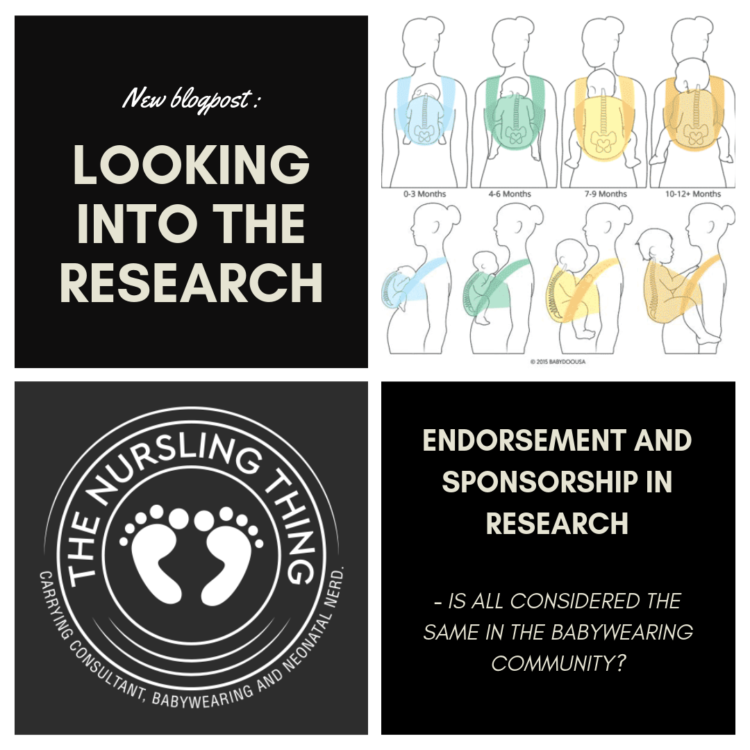 Dwelling a bit on the science side, again… 😊

It costs money to conduct research and it also takes time (which tends to be = money). The researchers need funds during the study (for living expenses) and sometimes the study itself might need funds (for computer programs, access to databases, external help and support in analysis, the intervention itself, for the study participants and so on). This means that there has to be either a big interest in the research conducted (which of course also can be linked to the conducting itself as in getting your PhD or in the subject and/or result of the study because there is very little known on the specific subject for example) or that there is a big problem that needs solving or at least improvement.

Since science is costly a lot of the research conducted is endorsed, by the government, by trusts, foundations, institutions, private donors, schools, hospitals and/or companies. Endorsement, sponsorship, grants and other kinds of financial support is a common thing and so is the practice of listing any possible conflicts of interests on the behalf of the researchers (which is not mandatory for any funding or endorsement). One of the most classic conflict of interests is when there’s a interest in a specific result of a study that would be beneficial for someone, for example a researcher who also owns a company that produces a certain product which use could be dependant on the outcome and result of the study. Declaring conflict of interest is something done so that a person who reads the study can be aware of it and possibly act on it. I (as an example) do read articles way more thoroughly if the researchers have anything to gain from a certain result or outcome, or if the endorsement/funding is from a source that would benefit from a certain result (this will of course also depend on the subject of the research).

When it comes to specific products, comparison of two kinds of the same product or other in depth investigations on product use, requirements or preferences are often more of a “market research angle” than a “scholar/academic research angle”. Does it matter? Well, yes. Depending on where (and if) you intend to publish your research the demands on the article itself might be vastly different. I guess most people have heard of various prestigious academic journals to publish in? Getting your research article published in an academic journal comes with a certain amount of credibility (for both you and your article and research, and ofc depending on the journal in question) as well as (most times) a peer-review, and a spread of your findings (which then in turn will make even more researchers look into your article, research and person), it also forces you to present your research according to a certain set of rules and regulations (which then also tends to bring out any sidestepping from the usual methodology). Research directed more to the market side of things rarely publishes in these academic journals and is therefore not necessarily conducted or reviewed in the same way as a published academic article might be.

Getting back to money and endorsement. When looking into research on babywearing or carrying in a carrier/sling/wrap the methodology for scientific academic research kind of demands that the carrier/sling/wrap is the same throughout the study (this meaning the same modell and brand, since any kind of comparison otherwise would be hard to conduct), this often leads to various levels of endorsement or sponsoring from the company who produced and developed the carriers , the company behind the carriers undeniably though being of huge interest that the study falls out beneficial towards their carrier. Whether that would lead to bias is hard to determine, but it does raise the risk…

An example: “The soft baby carriers used were (company name) … commercial versions of cloth carriers derived from those used in many parts of Africa. Infants are carried in an inner pouch that is supported by the adult’s upper torso. Adult and infant are chest to chest, creating a secure and protective environment that allows the baby to be with the parent in a wide variety of activities.” (Anisfeld, Casper, Nozyce & Cunningham, 1990).

When discussion this another question arises, do we consider all companies the same… for example if a company who has produced narrow-based carriers would state that their carrier is perfectly safe for hip development, would the babywearing community trust it in the same way as a company that produces stretchy wraps giving the same statement? Does it matter? What are your thoughts on the subject? Do you react on endorsement or sponsorship in scientific studies?